Lions 2021: Where Boks should play them 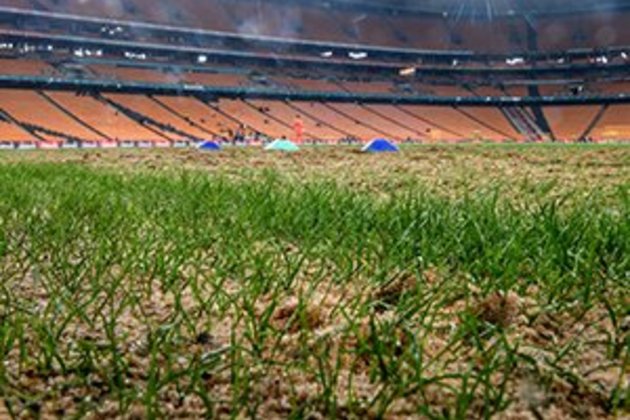 Cape Town - Once the Japan-hosted World Cup is completed later this year, SA Rugby's attention will turn with mounting haste to what in many ways can be considered here as the next best thing in international rugby: the British and Irish Lions tour, a once-in-a-dozen-years occurrence on our shores, of 2021.

Still pretty gutted by the controversial failure to land RWC 2023 - awarded to France again despite the prior indication of South Africa's preferred candidacy - Springbok enthusiasts at least have the interim satisfaction of savouring the Lions' visit less than two years from now.

It will quickly become the key focus here after the Japanese jamboree: a fillip both for our increasingly major tournament-starved sporting landscape as a whole, and no less importantly for the battered domestic economy as many thousands of moneyed, red jersey-clad supporters from northern climes make the pilgrimage to back the Lions.

Despite the disappointing fact that it will again - as has become gradually more customary regardless of which of the southern hemisphere "big three" nations they visit every four years - be nothing like tours of the past for volume of overall matches, the three Tests will be the pivotal business.

Only five additional games will be scheduled, as opposed to seven when the Lions last visited South Africa in 2009 and surrendered the again three-Test agenda 2-1 to a Bok side then under the coaching tenure of Peter de Villiers.

But massive interest - including ticket demand - will accompany the trio of blue-chip clashes in the 2021 version ... posing the intriguing question, even at this advanced point in preparation, of where the Tests should and will be played.

There was a strong Highveld theme to the 2009 series, with the second and third Tests scheduled for Loftus and Ellis Park respectively on successive weekends, although the Johannesburg one became a dead-rubber affair considering South Africa's earlier wins in both Durban and Pretoria.

Albeit that "logic" can be a devilish device to assume, it may well be that in 2021 there is a stronger coastal theme to the Test locations, which would certainly not displease the travelling Lions spectator hordes keen for some sand and sea despite the winter scheduling which would not guarantee decent weather for them in somewhere like southernmost Cape Town, especially.

But the Mother City would inevitably remain a popular lure for the touring fans and players alike, and it is difficult to imagine a second Lions tour on the trot not featuring a Capetonian Test - there would be some uproar, under such circumstances, in a region renowned for still being one of the better crowd-drawing metropolises in South Africa for both major rugby and cricket.

Just as likely would be the Test, assuming the city earns one, being played at the larger (up to around 55,000-capacity) Cape Town Stadium, still believed to be finally hosting the Stormers/WP by then despite the laborious, ongoing delicacy around issues related to the vacation of now tatty, ageing current headquarters Newlands, owned by embattled WP Rugby.

It has also employed it for Bok training sessions and even some major media briefings and the like.

All that said, the issue of corporate suites - there is currently limited capacity for them at the more modern, 2010 soccer World Cup-geared venue in Green Point - remains a vexing one at this point, while SA Rugby might wish to stage at least one effectively "trial" prior Test match at the ground before confidently giving it a Lions Test.

Speaking of the World Cup 2010 footballing venues, Nelson Mandela Bay Stadium (48 000-plus capacity) in Port Elizabeth also shapes up as a ground with real potential for hosting a Boks v Lions encounter.

It has become something of a stronghold for the national team in recent times: they have played six Tests there since maiden game in 2011 and not yet lost one, sporting five wins (including against both of New Zealand and Australia in the Rugby Championship) and a 14-14 draw with England in 2012.

The Boks earn particularly passionate - and pleasingly representative - support in the Friendly City, and it would be another place finding favour with the Lions supporters, given its mild climate, relatively warm sea and proximity to some good Eastern Cape game reserves.

Port Elizabeth last hosted the then Bill Beaumont-captained Lions at premier level on the 1980 tour, the third Test at the former Boet Erasmus Stadium when the Boks clinched the series 3-0 with one to play, courtesy of a famously opportunistic late Gerrie Germishuys try in the rain and Naas Botha's conversion from a long way out which made the final score 12-10.

So in the event of the Highveld banking just one Lions Test this time, which of Loftus or the now-named Emirates Airline Park?

The answer might well be neither. With every chance the hugely-populated general area, plus the tens of thousands of Lions followers, would ensure seating demand for not far off 100 000 souls, then FNB Stadium - otherwise known as Soccer City, and the focal point of the memorable 2010 World Cup in that sport - with its ability to accommodate around 90 000 shapes up as the best possible revenue-spinner.

It is not new to hosting keynote Bok Test matches, even if their record there is chequered, and would obviously very much still carry the home-team benefit of thin air at high altitude against Warren Gatland's charges.

Inquiries to SA Rugby as to when the keenly-awaited 2021 itinerary may be revealed had not been answered at the time of writing.

If the trend from the last visit here in 2009 is followed, it could be roughly 14 months prior to the tour itself, so some time in the relatively early part of next year.

But there are always whispers in the wind and do not be too surprised, perhaps, if my Test-venue suggestions eventually come in quite close to the official mark ...

WASHINGTON, DC - As the cases of coronavirus worldwide approaches 800,000, deaths in the United States have now passed 3,700.The ...

Thousands of stranded cruise ship passengers told to 'piss off'

SYDNEY, Australia - Australia has taken a hard line, turning away six cruise ships with thousands of people on board.The ...

Chinese, Russian and European countries get OK from U.S. on Iran

PanARMENIAN.Net - The U.S. government has extended for another 60 days sanction waivers that allow Russian, Chinese, and European countries ...

Duke and Duchess of Sussex quit Canada for California

LOS ANGELES, California - Prince Harry and Meghan Markle, and their son Archie, have moved from Canada to California - ...

The Crucial Experiment in the Case of Cardinal George Pell

Cardinal George Pell's accuser claimed to be familiar with the layout of a renovated sacristy and this fact means we ...

NEW YORK, New York - U.S. stocks were battered on Tuesday as traders and investors fretted about the state of ...

DUBLIN, Ireland - The European Commission on Tuesday approved a €200 million support package for Irish companies impacted by the ...

SYDNEY, Australia - Encouraging economic data out of China provided a boost to Chinese share markets on Tuesday, b ut ...

WASHINGTON, DC - U.S. airlines set to receive $25 billion in an initial tranche from the Federal Government may not ...

DUBAI, UAE - The Dubai property crash Mark II which began in 2014 is gaining momentum due to the coronavirus ...

SYDNEY, Australia - Shares in Asia generally were sharply weaker on Monday, as investors and traders brace themselves for another ...