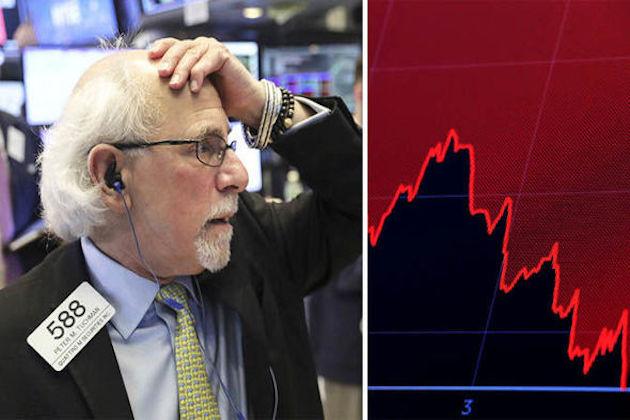 NEW YORK, New York - U.S. stocks got smashed on Friday after President Donald Trump engaged in a tirade against China, followed by a tearing of strips off Federal Reserve Chairman Jerome Powell.

Powell in his long-anticipated remarks at Jackson Hole dropped the "mid-cycle" reference to rate cuts which generated some turmoil earlier in the week. Once again, he said that the U.S. economy is in a good place, adding that policymakers will act as appropriate to sustain the expansion, FXStreet News reported. He sounded less concerned about inflation, indicating that "it appears to be moving back up closer to our symmetric 2% objective, but there are concerns about a more prolonged shortfall," and more concerned about external developments, pointing to slowing global growth and trade policy uncertainty for weighing on the economic outlook.

Mr Trump, again in an extraordinary burst of anger tweeted: "Who is our bigger enemy, Fed Chairman Powell or Chinese President Xi?"

"Trump seems to be irate that China reacted to what the U.S. has done and is basically having a mini-tantrum and is angry at everybody," David Katz, chief investment officer at Matrix Asset Advisors in New York told the Reuters Thomson news agency Friday. "He's angry at China, he's trying to put the blame on the market and the economy on Powell."

"But at this point, it's very clear that the issues that have been coming to fruition of late with the economy and the slowdown are all trade-related and have very little to do with the Fed," Katz added.

Only the Australian dollar remained listless, and barely changed at 0.6754.

The COVID-19 Pandemic now is the most dramatic modern historical wake-up call and reminder that whether the threat is to ...

TEL AVIV, Israel - The Jewish state is coming under pressure over the growing humanitarian crisis in Gaza, which is ...

Trump companies to be included in Covid-19 bailout package

WASHINGTON, DC - As part of the $2.2 trillion stimulus bill signed into law after it passed the House of ...

In an extraordinary statement titled "On the Political Impasse in Afghanistan," Washington has admitted to the failure of Secretary of ...

Dozens of sailors on board USS Teddy Roosevelt have Covid-19

BEIJING, China - Despite the lockdown in Wuhan scheduled to end on 8 April, China on Friday imposed a ban ...

WUHAN, China - China's Hubei province has resumed domestic flights except for Wuhan, the epicentre of the virus after a ...

KANPUR, Uttar Pradesh, India - Several truck drivers, many with goods loaded on their vehicles, have been stuck in Uttar ...

The coronavirus crisis has turned the fact that we don't make anything in America anymore from a topic for philosophical ...

SYDNEY, Australia - Shares were decidedly mixed across Asia on Friday. In Japan they soared in value. In Australia they ...

BRUSSELS, Belgium - The European Parliament on Thursday evening passed a $40 billion emergency package to help countries and their ...