Black Tusk's MoGold and PG Highway projects are comprised of adjoining claims covering 2,400 hectares. Black Tusk's geologic team headed by Mathieu Piché, PhD, OGQ, conducted reconnaissance level geological surveys with associated rock sampling over the two properties. The objective of this first pass over the claim blocks was to sample historically documented mineralized areas as well as prospect for potentially new mineralized zones. A total of 103 rock samples were obtained and submitted to ALS Laboratory in Val d'Or for analysis.

Sixty-nine samples were obtained from the MoGold Property and twenty-four samples were obtained from the PG Highway Property. Some elements of interest returned elevated values, including a series of channel samples that returned elevated copper of 921 and 959 ppm in an area of sampling on the MoGold claims. The highest gold values were returned from channel samples taken from the PG Highway claims, with 0.035 grams per tonne, 0.019 grams per tonne, and 0.015 grams per tonne from samples that were highly mineralized with pyrite. Samples with elevated copper and/or gold were noted in some cases to contain elevated silver (to 0.65 ppm). The below table summarizes the more significant rock sampling results.

The Black Tusk geological team continues to assess the results of this preliminary rock sampling program. Dr Mathieu Piché notes that there is a potential for volcanogenic massive sulphide deposition based upon the geology and some of the geochemical characteristics, as well as the presence of near-massive to massive pyrite located on the PG Highway claims. Historic diamond drilling of this mineralized zone returned up to 9.6 metres of near-massive to massive pyrite and pyrrhotite within basaltic rocks (see previous news release). This VMS potential will be further evaluated in the coming weeks, with plans for geophysical surveying (deep penetrating electromagnetics) and diamond drilling as possible future work in 2022.

The ground exploration was guided in part by the results of an airborne magnetic survey completed earlier in 2021. Geophysique TMC completed a total of 153 line kilometres of survey with a Scintrex Cs-Vl Cesium Vapor magnetometer. The results of the survey provided highly detailed geophysical images that indicate elongate magnetic features crossing the PG Highway and MoGold Properties.

Black Tusk inserted nine check materials into the sample stream, including blanks, standards, and duplicate samples as part of their QA/QC procedure. A summary of the inserted materials performance is provided in the table below. All of the standards performed within 2 standard deviations (2SD) from the certified values for gold and copper. The duplicates analysis show no variation in values for gold, and less than 2% variation in values for copper. The blank materials that were inserted into the sample stream were taken from drill core that was visually determined to be void of metals, however, the gold and copper values are slightly elevated, suggesting that another choice of material should be considered.

Perry Grunenberg, PGeo, a qualified person as who is defined under National Instrument 43 101, has reviewed and approved the technical data disclosed in the press release.

This press release contains forward-looking statements based on assumptions as of that date. These statements reflect management's current estimates, beliefs, intentions and expectations; they are not guarantees of future performance. The Company cautions that all forward-looking statements are inherently uncertain and that actual performance may be affected by a number of material factors, many of which are beyond the Company's control. Such factors include, among other things: risks and uncertainties relating to exploration and development; the ability of the Company to obtain additional financing; the Company's limited operating history; the need to comply with environmental and governmental regulations; fluctuations in the prices of commodities; operating hazards and risks; competition and other risks and uncertainties, including those described in the Company's Prospectus dated September 8, 2017 available on www.sedar.com. Accordingly, actual and future events, conditions, and results may differ materially from the estimates, beliefs, intentions, and expectations expressed or implied in the forward-looking information. Except as required under applicable securities legislation, the Company undertakes no obligation to publicly update or revise forward-looking information.

On behalf of the Board of Directors 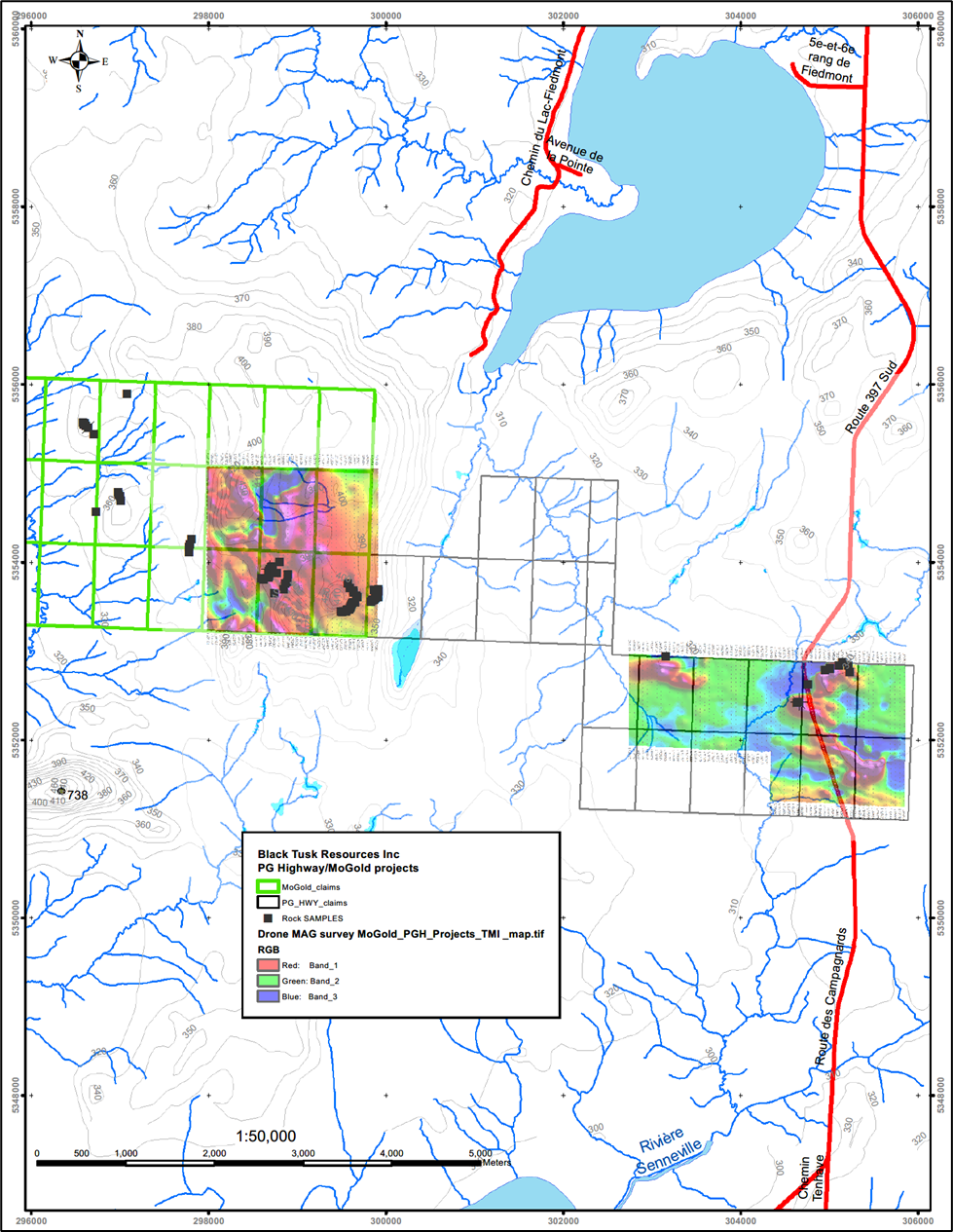 Water main break causes homes to be evacuated in Washington

BELLEVUE, Washington: Fire officials in Bellevue, Washington said two people escaped from a home that partially slid off its foundation ...

President Biden and the Democrats were highly critical of President Trump's foreign policy, so it was reasonable to expect that ...

AL-ULA, Saudi Arabia: Shedding light on the lives of the ancient inhabitants of Arabia, archaeologists from the University of Western ...

DUBLIN, Ireland - A father and mother who sexually molested their children and permitted them to be raped and abused ...

Number of births in China lowest ever

BEIJING, China: On Monday, statistics showed Mainland China's birth rate has dropped to a record low of 7.52 births per ...

5G cellular could be 'catastrophic' in aviation: US airline officials

CHICAGO, Illinois: According to U.S. airline officials, the introduction of a new 5G service could cause U.S. air traffic to ...

DUBAI, UAE: Auction house Sotheby's Dubai will sell a black 555.55-carat diamond believed to be from outer space, known as ...

At $534 million, Rome's Villa Aurora highest price ever at auction

ROME, Italy: Villa Aurora, a villa for sale in Rome with a starting price of $534 million, was expected to ...

Buyers warm to Asian stocks, major indices advance across the board

SYDNEY, NSW, Australia - Stocks in Asia were on the boil on Thursday with the major indices across the region ...

LISTIKOT, Nepal Traders importing goods from China complain about the delayed shipments by Chinese authorities. The shipments supposed to reach ...

The Day the Earth Caught Fire