Cinedigm Introduces the Streaming Channel Fandor as a Premium Subscription on The Roku Channel in the U.S.

LOS ANGELES, CA / ACCESSWIRE / May 9, 2022 / Cinedigm (NASDAQ:CIDM), the leading independent streaming company super-serving enthusiast fan bases, announced today that Fandor, the premier streaming destination for cinematic experiences, is available for users to subscribe to through The Roku Channel. Fandor will replace Fandor Spotlight, which was previously available as a Premium Subscription on The Roku Channel. Existing subscribers of Fandor Spotlight will receive access to the new Fandor service which includes a new look and new exclusive premieres. With a continuous refresh of exceptional, hand-picked films and series each month, the goal is to build a global community for film lovers and makers. This launch marks a major milestone for the revamped Fandor, as The Roku Channel, the home of free and premium entertainment on the Roku® platform, reached U.S. households with an estimated 80 million people in Q4 2021. 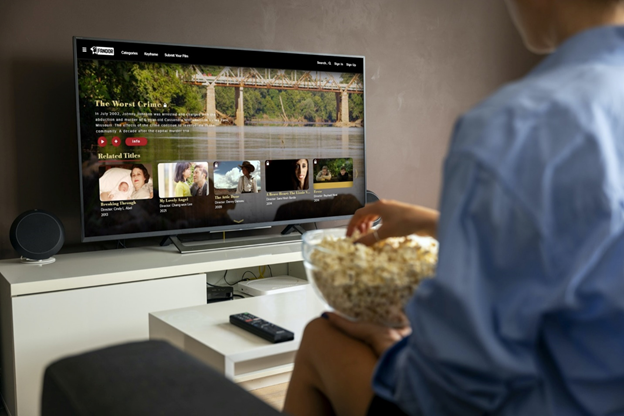 Fandor, called 'the Netflix for indie film' by The Wall Street Journal, boasts a library of more than 1,000 hours of films and series in dozens of genres including comedy, drama, film noir, and science fiction to rare gems including creature-feature, Pre-Code, avant-garde, and grindhouse. Originally launched at South by Southwest® in 2011, Fandor served as a pioneer in the elevation of independent film through its industry-leading streaming platform as well as through written and video editorial pieces dedicated to the art of cinema. The streaming service is refreshed monthly with exciting films and series including the timely and powerful documentary Coming Clean, focusing on the growing opioid epidemic in the United States; the music doc The Sound of Scars, which follows the rise and fall of the trailblazing hard rock group Life of Agony; and the festival darling Moon Rock For Monday set to exclusively premiere on Fandor May 24.

'We're thrilled to bring the revamped Fandor to users of The Roku Channel. With the channel's new look and enhanced content selection, we aim to elevate the art of cinema and the voices within its community,' said Philip Hopkins, President of Fandor. 'The last few years have seen tremendous growth in independent film consumption, and we look forward to giving fellow movie lovers Fandor premieres each month.'

For over 20 years, Cinedigm (NASDAQ:CIDM) has led the digital transformation of the entertainment industry. Today, Cinedigm entertains consumers around the globe by providing premium feature film and television series, enthusiast streaming channels and technology services to the world's largest media, retail, and technology companies. Cinedigm continues its legacy as an innovator through its adoption of next-generation technologies, such as artificial intelligence and machine learning, across its proprietary, highly scalable Matchpoint® technology platform. For more information, visit cinedigm.com.

Roku is a registered trademark of Roku, Inc. in the U.S. and in other countries. Trade names, trademarks and service marks of other companies appearing in this press release are the property of their respective holders.

US House Speaker Pelosi banned from communion over abortion views

BERLIN, Germany: At least 43 people were injured after a tornado struck the western German city of Paderborn on May ...

American arrested, Chinese officials charged with spying in US

WASHINGTON D.C.: The Department of Justice has said that an American citizen and four Chinese intelligence officers have been charged ...

To help US businesses, 35,000 foreign workers to be taken in

WASHINGTON D.C.: Due to the inability of businesses to hire enough workers, the U.S. has announced that it will grant ...

MOSCOW, Russia: According to preliminary data released by the finance ministry this week, almost three months after Moscow's invasion of ...

SYDNEY, NSW, Australia - Stocks in Asia were mostly moderately higher at the close Monday, while the U.S. dollar was ...

Chinese voice criticism of $1,373 Gucci umbrella that cannot get wet

BEIJING, China: Chinese consumers have been vocal in their criticism of a $1,373 Gucci umbrella which should be kept out ...