NEW YORK, NY / ACCESSWIRE / September 19, 2022 / Jakubowitz Law announces that securities fraud class action lawsuits have commenced on behalf of shareholders of the following publicly-traded companies who purchased shares within the class periods listed below. Shareholders interested in representing the class of wronged shareholders have until the lead plaintiff deadline to petition the court. Your ability to share in any recovery doesn't require that you serve as a lead plaintiff. For more details and to speak with our firm without cost or obligation, follow the links below.

The filed complaint alleges that defendants made materially false and/or misleading statements and/or failed to disclose that: (1) Carvana faced serious, ongoing issues with documentation, registration, and title with many of its vehicles; (2) as a result, Carvana was issuing unusually frequent temporary plates; (3) as a result of the foregoing, Carvana was violating laws and regulations in many existing markets; (4) as a result of the foregoing, Carvana risked its ability to continue business and/or expand its business in existing markets; (5) as a result of the foregoing, Carvana was at an increased risk of governmental investigation and action; (6) Carvana was in discussion with state and local authorities regarding the above-stated business tactics and issues; (7) Carvana was facing imminent and ongoing regulatory actions including license suspensions, business cessation, and probation in several states and counties including in Arizona, Illinois, Pennsylvania, Michigan, and North Carolina; and (8) as a result, Defendants' statements about Carvana's business, operations, and prospects, were materially false and misleading and/or lacked a reasonable basis at all relevant times.

The filed complaint alleges that defendants made materially false and/or misleading statements and/or failed to disclose that: (1) there were procedural irregularities, including deviations from safety and quality standards, at one of Azure's plants; (2) certain project data was manipulated; (3) as a result of the foregoing, the Company's internal controls and procedures were not effective; (4) Azure had received a credible whistleblower report alleging such misconduct; and (5) as a result of the foregoing, defendants' positive statements about the Company's business, operations, and prospects were materially misleading and/or lacked a reasonable basis.

This lawsuit is on behalf of all persons who: (a) purchased or otherwise acquired TuSimple common stock pursuant and/or traceable to documents issued in connection with TuSimple's April 15, 2021 initial public offering; and/or (b) that purchased or otherwise acquired TuSimple securities between April 15, 2021 and August 1, 2022, both dates inclusive.

The filed complaint alleges that defendants made materially false and/or misleading statements and/or failed to disclose that: (i) TuSimple's commitment to safety was significantly overstated and defendants concealed fundamental problems with the Company's technology; (ii) TuSimple was rushing the testing of its autonomous driving technology in order to deliver driverless trucks to the market ahead of its more safety-conscious competitors; (iii) there was a corporate culture within TuSimple that suppressed or ignored safety concerns in favor of unrealistically ambitious testing and delivery schedules; (iv) the aforementioned conduct made accidents involving the Company's autonomous driving technology more likely; (v) the aforementioned conduct invited enhanced regulatory scrutiny and investigatory action toward the Company; and (iv) as a result, the Company's public statements were materially false and misleading at all relevant times. 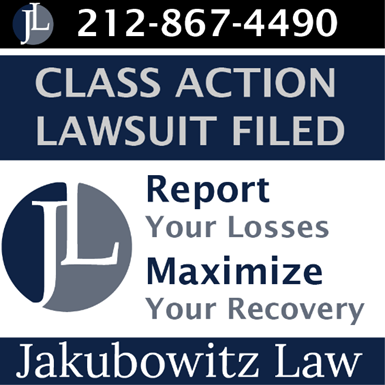 Jakubowitz Law is vigorous in pursuit of justice for shareholders who have been the victim of securities fraud. Attorney advertising. Prior results do not guarantee similar outcomes.

LONDON, England: As Britain adjusts to its first new head of state in 70 years, the government printers responsible for ...

Government of India warns students in Canada about hate crimes

NEW DELHI, India: The Indian government has advised students and other nationals in Canada to be wary of "incidents of ...

MATERA, Italy: In off-the-cuff remarks on September 26, Pope Francis urged Italians to have more children. While in southern Italy ...

WASHINGTON D.C.: The Biden Administration and the Australian government are in discussions regarding the U.S. building the island nation's first ...

"Many Asian countries, especially Malaysia and Indonesia, show great interest in our defense industry products. Agreements are being signed," Turkish ...

SYDNEY, NSW, Australia - Stocks in Asia made broad brush gains on Thursday despite a sudden upturn in the U.S. ...

CUPERTINO, California: In line with its efforts to move some of its production from China, Apple has announced that it ...

DETROIT, Michigan: General Motors has announced that it will invest $760 million in its Toledo, Ohio factory to build drive ...