UP ministers to hold roadshows in Germany, Belgium to attract investment 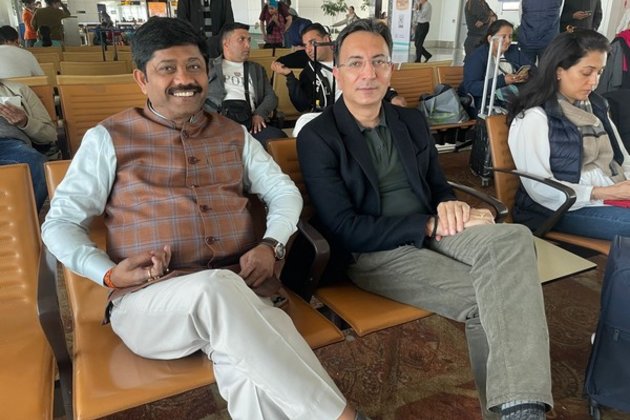 Lucknow (Uttar Pradesh) [India], December 8 (ANI): For the success of UP Global Investors Summit 2023 and attracting foreign investment in Uttar Pradesh, the overseas tour of a delegation of ministers started on Thursday.

Chief Minister Yogi Adityanath has prepared a big action plan for the global branding of Uttar Pradesh before the Global Investor Summit scheduled for February 2023. The state government is aiming to promote 'Brand UP' within the country and abroad to achieve the larger goal of making the state a USD 1 trillion economy.

Uttar Pradesh Industrial Development Minister Nand Gopal Gupta and Public Works Minister Jitin Prasad, along with a team of top officials left for Frankfurt, Germany from Indira Gandhi International Airport, Delhi. The UP government delegation will participate in a road show organized in Frankfurt on December 9.

In the roadshow, Ministers Nandi and Jitin Prasad will invite investors from Germany to invest in Uttar Pradesh.

Gupta said that after talking to the investors in the roadshow, they would be invited to invest in Uttar Pradesh. The Minister said UP is becoming the growth engine of the new India.

He said that Uttar Pradesh's business relations with Germany have been very good, which will be further strengthened through the Global Investors Summit.

The Minister said that from the Global Investors Summit 2023, an investment of Rs 10 lakh crore is going to come to Uttar Pradesh. With this investment, lakhs of employment opportunities will be created for the youth in the state itself.

Ministers Nand Gopal Gupta and Jitin Prasad will also attend the roadshow in Brussels, Belgium on December 12 and Stockholm, Sweden on December 14.

In the December 9 roadshow, there will be a discussion on investment in defense and aerospace, civil aviation, logistics, electronics, IT, startups, data centre, handloom and textile, agro allied, tourism and film, electric vehicle, pharma and health care, education and skill development sectors. (ANI)