Merkel's confession may be grounds for tribunal Moscow 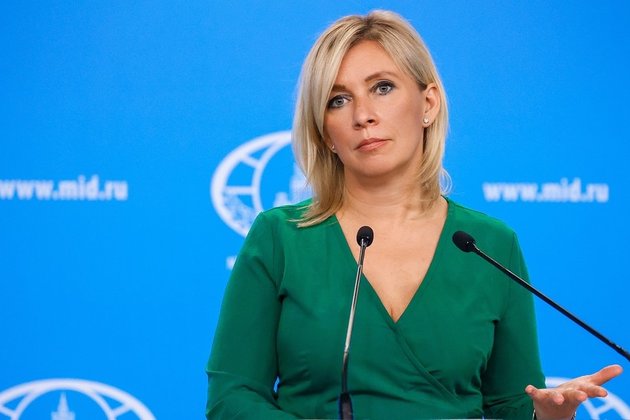 The former chancellor gave evidence that the West had orchestrated hostilities in Ukraine, the Russian Foreign Ministry says

A confession by former German chancellor Angela Merkel about the Minsk peace agreements could be used as evidence in a tribunal involving Western politicians responsible for provoking the Ukraine conflict between Moscow and Kiev, the Russian Foreign Ministry warned on Thursday.

The deal, brokered by Germany and France, was supposed to be a roadmap for peace in the war-torn country. Russian President Vladimir Putin has said that his country's current military offensive was prompted by the failure to implement the terms of the accords.

The former German leader admitted in an interview with Die Zeit on Wednesday that the actual purpose of the Minsk agreements was to give Ukraine time to prepare for a military confrontation with Russia.

"They talk a lot about legal assessments of what is happening around Ukraine, certain tribunals and so on in all sorts of ways," Spokeswoman Maria Zakharova said during a media briefing on Thursday. "But this is a specific reason for a tribunal."

She claimed that Merkel's comments were nothing short of the testimony of a person who had openly admitted that everything done between 2014 and 2015 was meant to "distract the international community from real issues, play for time, pump up the Kiev regime with weapons, and escalate the issue into a large-scale conflict," Zakharova added.

She said Merkel's statements "horrifyingly" reveal that the West uses "forgery as a method of action," and resorts to "machinations, manipulation and all kinds of distortions of truth, law and rights imaginable."

The spokeswoman claimed that the West had known well in 2015, when it spent hours negotiating the second part of the Minsk accords, that it would never even attempt to fulfill any part of the agreements and would instead pump weapons into Kiev.

"They did not feel sorry for anyone: women, children, the civilian population of Donbass or the whole of Ukraine. They needed a conflict and they were ready for it back then, in 2015," Zakharova said.

Earlier this month, a number of Western officials called for the creation of a special UN-backed court to investigate alleged war crimes committed by Russia during its ongoing military campaign in Ukraine.

The Kremlin has said the West has no legal or moral right to set up any courts to investigate or prosecute Russia over the conflict, which Moscow claims was ultimately provoked by the US and its allies.

US ending Covid emergency programs on May 11

WASHINGTON D.C.: The Biden administration said this week that it will end US COVID-19 emergency declarations on 11th May, nearly ...

SANTA CLARA, California: One week after Intel forecasted lower-than-expected sales caused by a loss of market share to rivals and ...