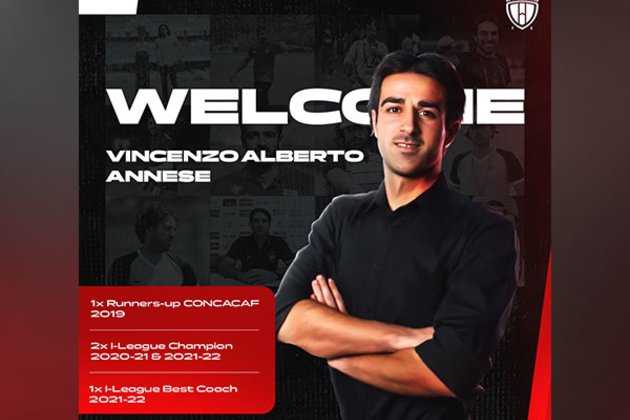 Annese is a well-known personality in Indian football, having led Gokulam Kerala FC to back-to-back Hero I-League championships in 2020 and 22. They were the first Indian club to accomplish this feat. The team also competed in the AFC Cup, where they were eliminated in the group stages. In June, he parted ways with Gokulam Kerala FC.

Annese has extensive coaching expertise, having worked in countries such as Italy, Estonia, Ghana, Indonesia, Latvia, Palestine and Kosovo. He has also coached the Armenian under-19 national and Belize national teams at the international level.

NorthEast United FC will be hoping that Annese's arrival will help them turn around their fortunes, as they currently sit at the bottom of the ISL 2022-23 rankings. The Guwahati-based team has not won in eight games and will face Chennaiyin FC on Saturday.

ATK Mohun Bagan made it three wins by a 1-0 margin in a row after a late Hugo Boumous penalty gave them three points over a 10-man Jamshedpur FC at the Salt Lake Stadium on Thursday.

Mumbai City FC lead the league table with 21 points while Hyderabad FC sits second with 19 points and ATK Mohun Bagan are at third with 19 points. (ANI)

US ending Covid emergency programs on May 11

WASHINGTON D.C.: The Biden administration said this week that it will end US COVID-19 emergency declarations on 11th May, nearly ...

SANTA CLARA, California: One week after Intel forecasted lower-than-expected sales caused by a loss of market share to rivals and ...